A gift to the Forum 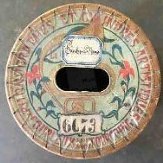