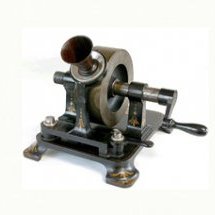 By Tinfoilphono,
December 20, 2020 in Acoustic Machines

Top Posters In This Topic

Every variation discussed, I think not!!!!   Nickel plated version, on nickel plated base! 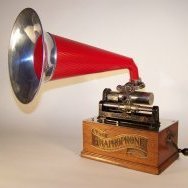 Dan's picture of an Eagle sold by the Eastern Talking Machine Company got me thinking about some of the various retailer markings found on Eagles.    When the Eagle was introduced in 1897, m